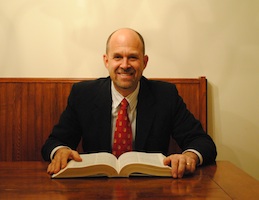 Mr. Koopersmith is a graduate of the University of Pennsylvania and obtained his Juris Doctor degree from the Washington College of Law of the American University in 1978. He was admitted to practice law in the State of New York in the Second Judicial Department in 1982.

In 1982, Mr. Koopersmith became employed as a legal assistant at the Appellate Division, Second Department. Approximately two years thereafter, he became employed by the law firm of Koopersmith, Feigenbaum & Potruch, Esqs, practicing primarily in the fields of matrimonial law and matrimonial appellate litigation. Thereafter, between 1986 and 1993, he was a member of the law firm of Di Mascio, Meisner & Koopersmith, Esqs. Since June, 1997, he has been a sole practitioner focusing on matrimonial appellate litigation and matrimonial law.

University of Pennsylvania
Bachelor of Arts, 1978

Mr. Koopersmith has lectured on matrimonial law to the following groups: